Fifteen young people from four different high schools, including one student from Tasmania, made this year’s gasshuku a great success. Still the majority of students were from BSCKC, with one from Parade College, two from Mt Clear and one from Tasmania. Five of the fifteen were girls and the age range was from 13 to 17 years of age.

The gasshuku was staffed by three volunteers: myself, Stilt and Cyntheia.
Amongst attendees there was one for whom this was his fourth gasshuku, another for whom this was her third, five for whom it was their second and eight first-timers. All but two stayed overnight. One of the non-stayers returned for the Sunday morning training and one didn’t return after falling ill overnight whilst at home.

All but three attendees took part in the grading on Sunday afternoon. All who took part were successful.

Training content
Training commenced at 9am alongside members of Nanseikan Kendo Club, who traditionally attend the first session.

Everyone wore full bogu in this session and the focus was on kihon. Members of the VNF arrived at 10.30 for their usual training and so gasshuku attendees had their first break. After break they returned and shared the dojo floor with the naginataka, looking at bokuto kihon. The  group practiced all 9 kata which was a first for the attendees. There was a high degree of enthusiasm for the bokuto kihon in spite of the duration of the session, which went for over an hour without a break, finishing with a performance of all nine in sequence. At this point the Nanseikan members finished training and the gasshuku attendees had lunch.

After lunch there was an almost two hour session introducing Jodo to the attendees. This was run by Marcus and Rebecca from Chikushinkai, along with three of their senior students. This was the first  time Jodo had been taught at the gasshuku. Previous gasshuku have hosted mini workshops of both  Naginata and iaido. The students practiced basic solo drills to do with handling the jo, and then moved on to co-ordinating footwork and hand movements. Paired drills then helped them to gauge distance, and finally students learned the kata “shamen”.

By afternoon tea time the students had received over three hours of intensive instruction in largely  new skills, testing their concentration as well as their ability to absorb new techniques. It was not yet time to let them off the hook, but it was time to return to something that was more familiar.

The last session of the day looked at waza. We practised several of the waza we had looked at in the bokuto kihon: harai, kaeshi and suriage, before finishing off with a look at Kendo’s most difficult waza, kiriotoshi. Then the session ended  with about 40 mins of mawarigeiko. After rei and mokuso, the students reflected on how they were feeling. Some were feeling pretty exhausted. Some reported feeling “light-headed”, “heavy”, “terrible, just terrible” and “dead in the legs”. Some were happy because they hadn’t cried from exhaustion as they had done in previous years. After showers and pizza, the students had some well-earned down time.

Sunday started at 6am. After packing away beds we did 10 x 100 suburi of different kinds. This included 2 x 100  hayasuburi, shomen uchi with hiraki ashi, combinations of kote and do suburi, katate men, joge buri and nanameburi. This was followed by 20 min of zazen. By the time breakfast was packed away the members of Melbourne Budokai started arriving for regular Sunday morning training. The gasshuku students joined in the regular MBK training with gusto. There was a fairly brief break for lunch of cold pizza and fresh salad wraps, before everyone had to re-tie all their himo ready for the grading. This was the last component of the gasshuku. 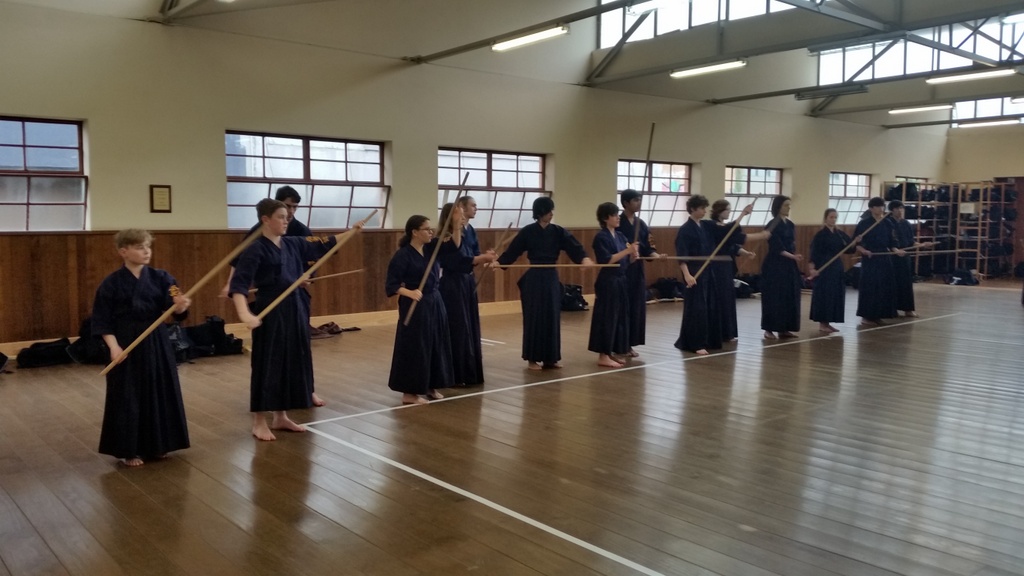 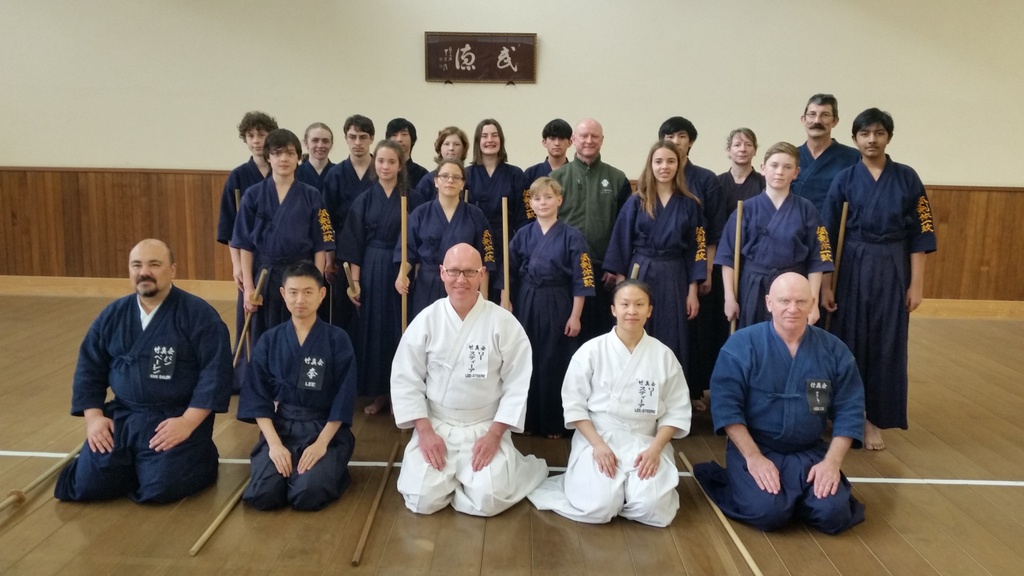 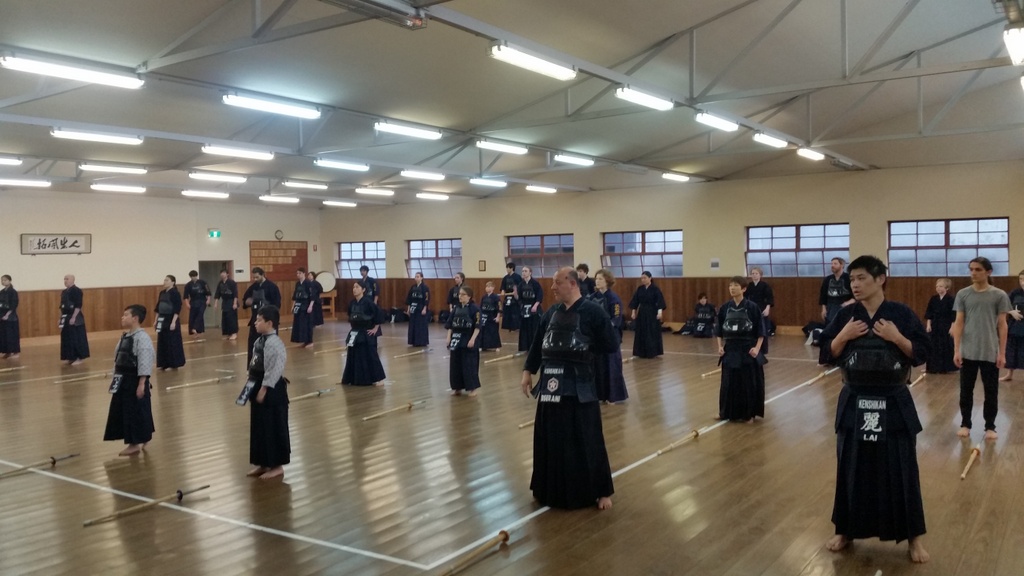